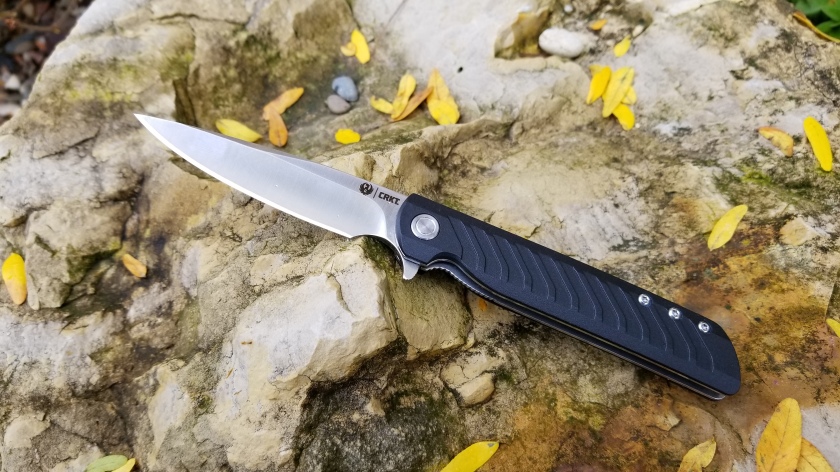 Guess who’s back in the land of beer and cheese? That’s right – After two years on the New Mexico/Colorado border, I’ve returned to a paradise of bratwurst and blizzards. But did you know Wisconsin boasts more than just artisanal sausage and microbreweries out the wazoo? Turns out we have some pretty talented knife designers, as well.

Take the CRKT LCK – A brainchild of Sussex, Wisconsin’s own Matthew Lerch, this budget-minded blade is part of a collaboration with Ruger. And while I’m usually wary of firearm-branded blades, the opportunity to test a Wisconsin-designed knife was too much to resist. Here’s my take on the CRKT Lightweight Compact Knife, or LCK for short. 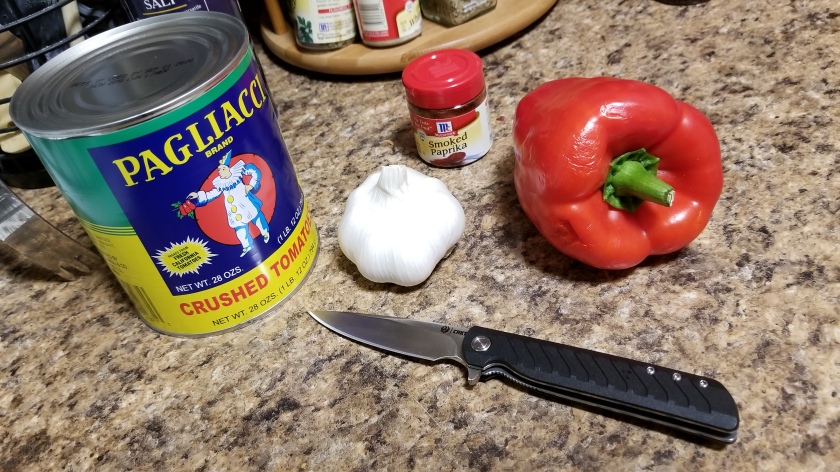 Question for you, knife folks: Did you ever go through a stiletto phase? Well, I did. For whatever reason, I was really into those long, thin blades during my early days in the hobby. This was back in an era when I primarily collected knives because they looked cool. Once I got into college and needed something to cut the plastic off my frozen pizzas, I alternated between Gerber Paraframes or cheap Smith & Wessons. I even had a few knives from Colt, which proved their worth during my summer gigs at paper mills and food processing plants. Ever been covered in coal dust or rotten potatoes? I have, and so where my knives.

What I’m getting at here is this – I’m familiar with firearm-branded blades. While they served me well in the past, the quality of their manufacturing has taken a nose-dive over the last decade or so. But, when I saw this particular Ruger collaboration pop up on Nick Shabazz’s channel, I figured I’d give it a shot. His version featured the sheepsfoot blade style and black coating, so I opted for the drop point and satin finish. CRKT was kind enough to provide this knife for review, and I’m really glad they did.

Ready for some stats? Here they are, courtesy of BladeHQ:

As you can see, the LCK lives up to its lightweight/compact billing. And while skinny blades sometimes skimp on EDC-friendly features, there’s a lot to like about this design. Let’s start on the surface, or surfaces, rather. The black GFN handle is finely sculpted, with angled ridges for traction. This grippiness carries over to the flipper tab, which features some well-wrought jimping to assist in deployment. The blade, pivot, backspacer, and screws are all nicely finished, and the interior bits are of a similar quality.

Let’s talk about the finger choil. My first impression wasn’t great, as it’s too small for my medium-sized index finger. But, after examining the knife in its closed position, I think I see what the designer was going for. Take a look:

See where the base of the choil rests against the stop pin? If the blade edge were to come all the way back to the flipper tab, that sharp surface would rise above the liners. That empty semi-circle is more of a design necessity and less of an attempt at a full-on finger choil. It’s the price you pay for a thin, stiletto-style handle. I may not like this particular element, but at least I understand it.

We close this section with a discussion of another semi-controversial aspect of the LCK’s design – The pocket clip. Take a look at this beautiful deep-carry design: 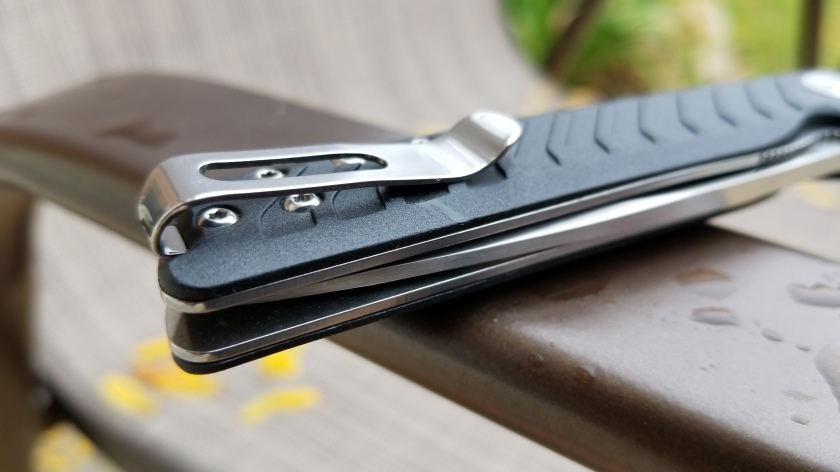 It even has recessed screws! Oh, be still, my heart.

So, what’s the issue here? Simply put, it’s not reversible. Because of the way the clip tucks beneath the scale, this becomes a right-side, tip-up only carry. Not a problem for me, since it’s my option of choice. But folks with a different preference will be out of luck. We’re sacrificing versatility in favor of style again, but at least I understand the reason behind it. Personally, I love this clip. And I think 90% of the knife-carrying world will, too. 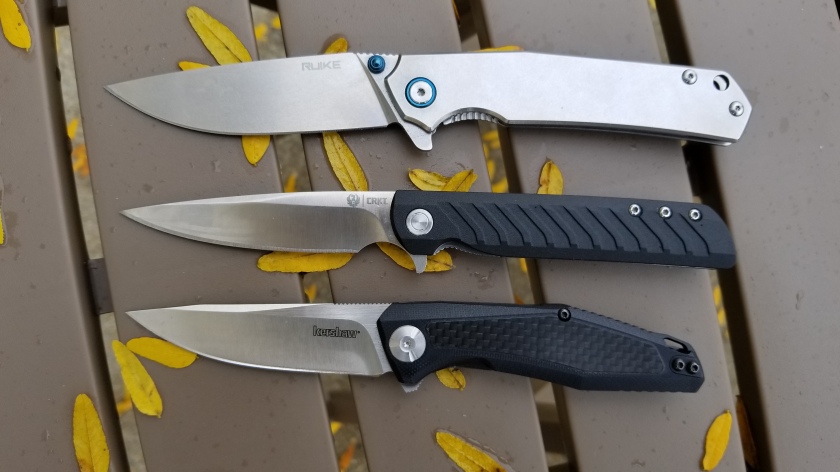 In order to discuss the LCK’s function, we’re going to need to spend a few more lines in the realm of form. Take a look at then photo above, which includes the Kershaw Atmos and Ruike P801. Notice something about the blades? Both of the LCK’s budget brothers feature much taller steel, hinting at superior slicing capability. Let’s cut to the kitchen to test this hypothesis.

Wow, I’m impressed. Thanks to its hollow grind, the LCK manages to be a more than adequate slicer. It’s not quite as prep-friendly as the similarly-ground Atmos, but it beats the pants off the wedge-like Ruike.

Both the Ruike and Atmos best the LCK when it comes to flipping action. While the detent and blade retention are solid, it’s nowhere near as fidget-friendly as its contemporaries. The cause here is obvious – The LCK swings on phosphor bronze washers, while the others run on bearings. A nitpick, to be sure, but something to consider depending on personal preference. The washers are better suited for dirty work, while bearings are better at earning dirty looks from your spouse or office mates.

My remaining qualms come back to the blade steel. While I’ve been more accepting of the ol’ 8Cr13MoV lately, its implementation in this blade profile gives me pause. One of the most striking design notes for the LCK is its delicate tip. And what happens with budget-minded EDC blades? They get sharpened. A lot. A few slips with a stone or Sharpmaker and that needle-point becomes a nub.

The LCK is covered under CRKT’s Limited Lifetime Warranty. The company states that “If one of our knives ever breaks or fails because of material or manufacturing defect, we’ll repair or replace the knife.” This applies only to the first owner of each blade, and there are a few additional stipulations. Here’s their statement toward toolish testers such as myself:

“This warranty does not cover breakage or failure due to misuse of the knife. Knives as good as ours rarely break or fail because of a defect. Usually they break or fail from what we call ‘tool abuse’—using them for unsuitable tasks like prying or pounding. Therefore, blade tip breakage is not covered by our warranty.” 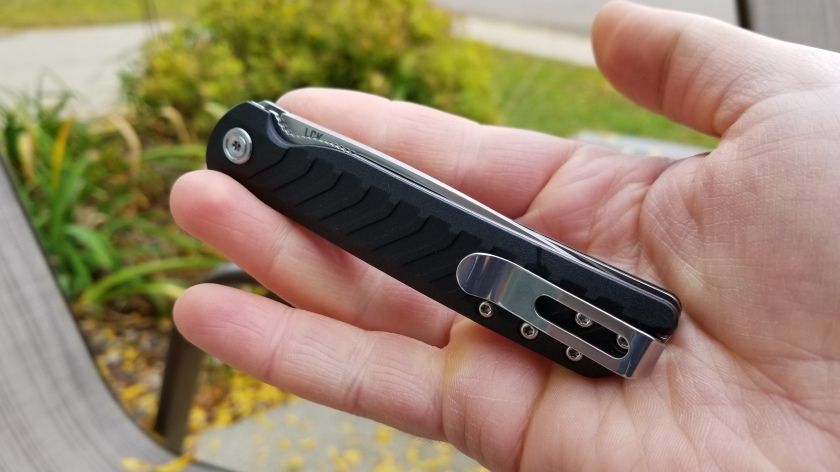 While others may balk at this, I’m 100% onboard with CRKT here. Especially on a knife like the LCK, which is clearly designed as a light-duty tool. That long, stabby tip wouldn’t hold up to a pry-test, and I saw no reason to confirm the obvious.

Overall, I’m relatively pleased with the staying power of the LCK. Sure, it’ll require semi-regular upkeep (again, darn that 8Cr), but the factory fit and finish are solid.

So, how much will this offbeat experience run you? Between BladeHQ, Knife Center, and Amazon, the LCK generally retails for around $26. That’s a pretty solid price point, putting it in the same general neighborhood as the aforementioned Ruike and Kershaw.

Look – I’m going to give this an above-average score here. Sure, it’s not as functional or flip-friendly as the Atmos, but few sub-$40 knives are. While other budget offerings are coasting on name recognition and cheap craftsmanship (Looking at you, Gerber), the LCK is a solidly constructed piece. This is a welcome surprise, since firearm-branded knives tend to be among the worst offenders in the cheap folder market. So, good on Lerch, CRKT, and Ruger for getting it right. 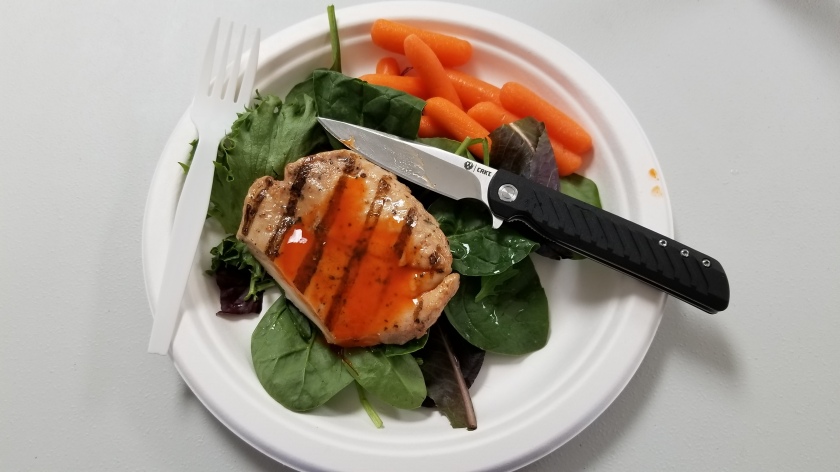 The LCK is a pretty cool piece. From its compact design to its surprisingly capable blade, it’s been an easy-riding, work-willing companion. But you know what would be even cooler? Better blade steel.

Take what CRKT has done with the Pilar, for example. That knife has now received two upgrade options – 12C27 or S35VN blades, with carbon fiber handles in place of the old steel slabs. In my opinion, a similar upgrade would work wonders for the LCK. I’d probably keep the GFN handles, but that’s a matter of preference. As it stands, Matthew Lerch has come up with a solid EDC knife. But if you’re listening, CRKT, I’d add this to a list of candidates for a potential premium line.