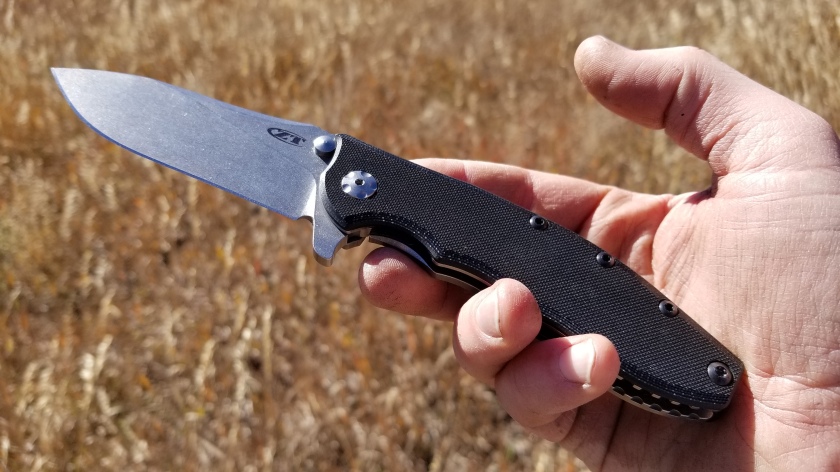 Welcome to my review of the Zero Tolerance 0562, in which I revisit the Philosophy classes I had to repeat in college. Surprised? I was, given ZT’s reputation for rugged, blue collar blades. But throughout the course of its stay, the 0562 has revealed itself as more than the sum of its parts. While its body may be that of a gladiator, its heart is that of a Stoic.

I’d also like to issue a preemptive apology to any real Philosophy students in the crowd. Feel free to belittle my simplistic explanations.

One of the main tenants of the ancient school of Stoicism involves accepting that certain things just are. And more so than many other knives I’ve handled, the 0562 simply is. It fits your hand because that’s what a good knife should do. Its blade is thin enough to cut well, but thick enough shrug off the hazards of an unpredictable environment. It’s as if the designers followed Stoic meditation during the crafting process, asking “What are the obstacles I’ll face” and “How can I prepare to face them?” Maybe this explains the dual lockbar stabilizers and robust underpinnings.

Ready to jump out of the metaphysical and back into the realm of the concrete? Alright. Here are some stats.

While these were initially offered in Elmax, Zero Tolerance seems to have settled on S35VN as the primary blade steel. This drop point, flat ground cutter shares the same stonewashed finish as the titanium lock-side, with another slab of metal beneath the G-10 show-side. Deployment comes courtesy of a gently hooked flipper tab and KVT Ball bearings. And no, those aren’t thumb studs. As with most Rick Hinderer designs, those rounded metal protrusions serve as blade stops.

Despite its rather hefty size, the ergonomics here are excellent. The 0562 fits beautifully in my medium/large hand, with a variety of comfortable grips. The jimping above the blade stops is grippy without being jagged, and the G-10 really locks against your palm. ZT has also included an excellent deep-carry clip, while eschewing the need for a lanyard hole.

My lone nitpick emerged during disassembly. The screw holding the clip in place is a size larger than those holding the backspacers, and the pivot is different, as well. Add in the dual drivers needed to loosen the free spinning pivot, and that brings the required number of bits to four. It’s not the end of the world, but it certainly seems like a needless complication.

Let’s jump back to philosophy for a minute. Of much concern among Ancient Greek thinkers was the idea of telos. This is defined as the intended end or function of any given thing. It is also, per Wikipedia, “the root of the term ‘teleology’, roughly the study of purposiveness, or the study of objects with a view to their aims, purposes, or intentions.”

By this logic, we can say that the telos of a knife is to cut things. A pocket knife, by extension, performs this same function while being small enough to carry in the pockets of your toga. Or, y’know, jeans. The final piece of the puzzle comes from Zero Tolerance’s own credo: “Proudly overbuilt in the USA.”

So, to recap, the telos of the ZT 0562 lies in its ability to cut things, ride in your pocket, and continue to do so for a very long time. Does it succeed in this mandate? Oh, yes. 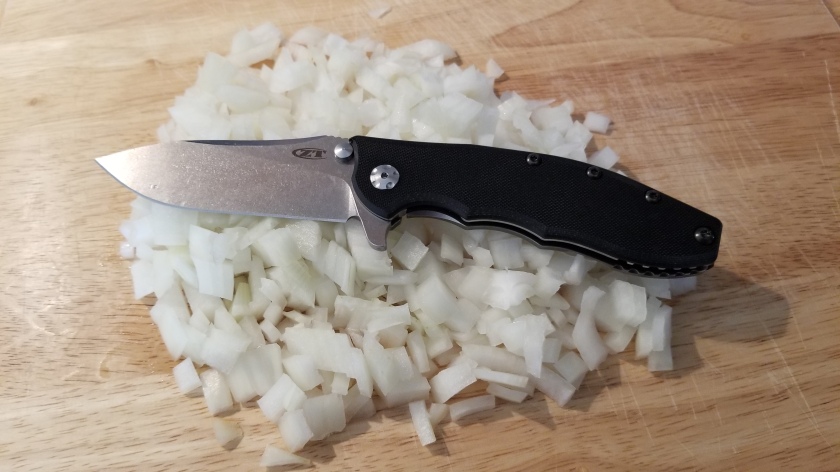 From the second this knife snaps open until the moment it closes, the 0562 is a standout performer. Its tall grind largely cancels out the thickness of the blade, allowing it to slice through cardboard and food with incredible ease. More often than not, the dinner-prep portion of my testing is a chore. With this knife, it was a pleasure. Onions and garlic didn’t stand a chance against this razor-sharp chunk of S35.

I’ll close this segment with a few words on the action. Out of the box, the knife was running completely dry. A quick take-down and lube job worked wonders, and it’s now one of the finest firing knives I’ve seen. The blade absolutely rockets out, locking up with a deeply satisfying clack. It also drops shut with ease, though the detent can be a little touchy. I had to practice for a bit to keep from nipping my knuckle, since your thumb must be far enough back to let the blade pass over the detent ball.

The ZT0562 is built like a tank. It’s got great blade steel, thick construction, and a reputation for solidity. Add in Zero Tolerance’s Limited Lifetime Warranty, and you’re left with a knife that’ll outlast not just your current job but possibly your entire career.

Occasional disassembly and maintenance should be all that’s required to keep this ZT in running order. S35VN holds a great edge, and sharpens much more easily than Maxamet or other super steels. Also… uh… Look, guys. I’m struggling to find more to say here. Everything about this knife screams “Durability.” So long as you’re not cutting glass or firing missiles at it, the 0562 (like those pesky philosophers) is going to have some serious staying power. 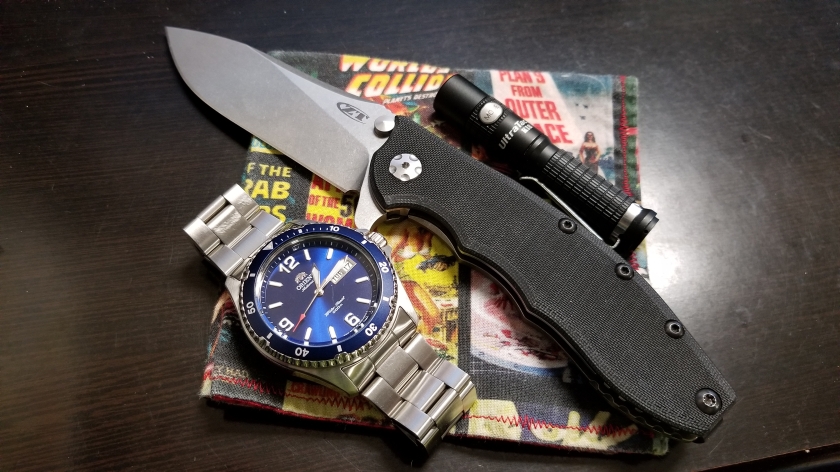 $200 is a lot of money. Yes, KAI did send me this knife as a review sample, but I recognize the significance of its price tag. As such, I feel that the 0562 is a good value, but not a great one. Where’s the distinction? Take a look at the picture below.

That’s the 0562 (for which I didn’t pay) lined up against the 0566 (for which I did). If not for my halfhearted dislike of assisted-openers, I’d say the smaller one is the better EDC knife. It fits just a bit more comfortably in my hand, and it’s simply not as monstrous. It also costs between $50 and $60 less. You could buy a decent watch and a flashlight with that cash, rounding out a solid daily kit.

Look – I’m not saying the 0562 isn’t worth your drachma. In fact, it’s probably a better value than many knives at twice its price. If the 0566 is a mark of (albeit assisted) budget excellence, then its bigger brother is still a solid bet. I’d pay $200 for it, with only the tiniest amount of trepidation.

Now that I’ve looked a gift horse in the mouth, it’s time to draw a few conclusions. Here’re the three that stand out most:

Too stoic for you? Here’s a more emotional take: In the ZT 0562, Rick Hinderer and Zero Tolerance have produced a practically platonic form of the modern hard-use folder. It checks every box for me, from the quality of its construction to the surety of its performance. While knives like ZT’s 0450 straddle the line of implement and jewelry, the 0562 is a tool, and it demands to be treated as such. You don’t polish a pair of pliers or fawn over a wrench after it frees a stubborn bolt. You look down, nod in acknowledgement, and place it back in the toolbox.

So, consider this my nod. Well done, ZT. You’ve got a good one here.