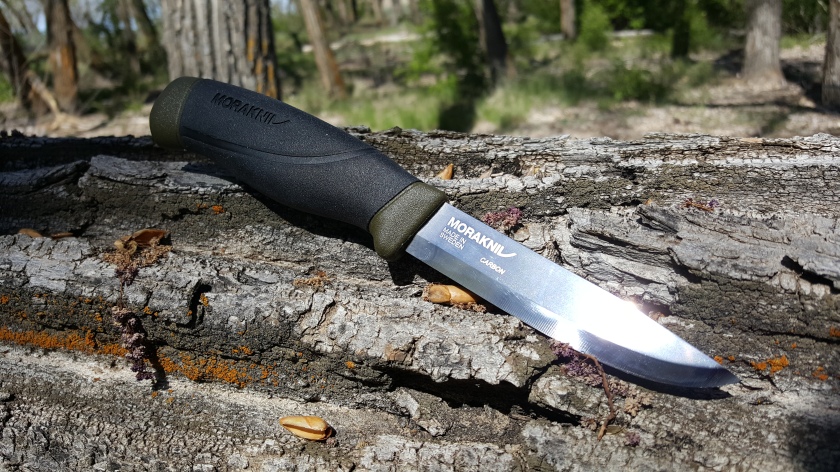 Morakniv is known for offering quality knives at laughably low prices. And since I enjoy both laughter and nice things, I already owned three Moras by the time the company offered to send me a sample for review. But the knife they sent was no joke. Here’s my review of the Morakniv Companion HD.

The Companion HD is everything the regular Companion is, only a little more so. Both feature 4.1-inch blades, high friction rubber handles, and molded plastic belt sheaths. But like a twin who’s decided to hit the gym, here’s where the stats start to swell. The overall length has been stretched from 8.6-inches to 8.8, with a weight gain of 0.7-ounces swinging the scale up to a total of 4.8-ounces. There’s a new, muscular feel to the handle, with an added curve filling out its already excellent grip.

Then there’s the HD’s signature trick – its blade width. While the blade on the standard Stainless Companion spans 2.5-millimeters (and the standard Carbon model showing just 2 mm), the Heavy Duty widens things out to 3.2-millimeters. This broad shouldered approach allows it to tackle much more difficult tasks than its juniors.

Beyond its physical dimensions, the most notable difference lies in the HD’s use of carbon rather than stainless steel. While this means that this Mora will take and keep a keen edge, it also means that it’ll rust. Regular cleanups and the application of a little mineral oil will wear the blade in nicely, but it’s definitely something to keep in mind.

Beyond their affordability and durability, one of Morakniv’s other strengths is quality control. But on this particular knife, I’ve noticed small gaps between the handle and the blade. We’ll talk about this more later but, for now, it’s the lone ding on this knife’s strong showing in Form.

I’ll be honest. Before Morakniv agreed to send me this knife for testing, I had zero experience batoning wood. I know my way around hatchets and heavy splitting mauls, but the idea using one log to whack a knife through another log was new to me.

Fortunately, the Companion HD made things easy. I was shocked to discover that, with just a few quick strikes, I was able to neatly split pieces of timber. The Scandi grind is just a joy to use, with an intuitive angle and durable edge. And the handle’s upgraded girth hasn’t hurt the ergonomics. Like its little brother, this knife is rock solid in the hand.

The HD’s added blade thickness does hurt it in a few areas, however. While its beefier edge is perfect for hammering through logs, it makes it far less effective as a delicate slicer. Food prep becomes more a of slash and smash affair, as shown by my piles of brutalized onions and tomatoes. It can work, but if your dinner plans at camp involve the delicate slicing of meat, cheese, or veggies, the HD may not be the best table… well, Companion.

But check out Mora’s press photos. On both their official website and Amazon store, there’s not a single photo of the HD in the kitchen. And why is that? Because that’s not where this blade was designed to live. Rather, almost every picture shows the knife tearing through a piece of timber. The Companion HD isn’t a chef -it’s a lumberjack. Used according to its strengths, it’s an excellent tool.

After my food prep experiment, I took a close look at the blade. See those little chips? I think they developed sometime during the carving experiments earlier in the day. I was dressing a particularly hard piece of wood, and the blade may have struck a rock. Fortunately, I was able to sharpen these little notches out without too much trouble. I’ll chalk that one up to user error rather than fault the knife.

Sharpening is something of an experience in and of itself. I primarily use a Spyderco Sharpmaker, which poses a bit of a problem with its fixed-angle design. Sure, I could have opted to put a micro bevel on the blade, but then it wouldn’t really be a Scandi. But after a few practice strokes, I was able to angle the Companion HD in such a way that the ceramic rods conformed to the iconic grind. The carbon steel smoothed out nicely, taking a very nice edge. I have zero concerns with the durability of the materials used in this knife’s construction. 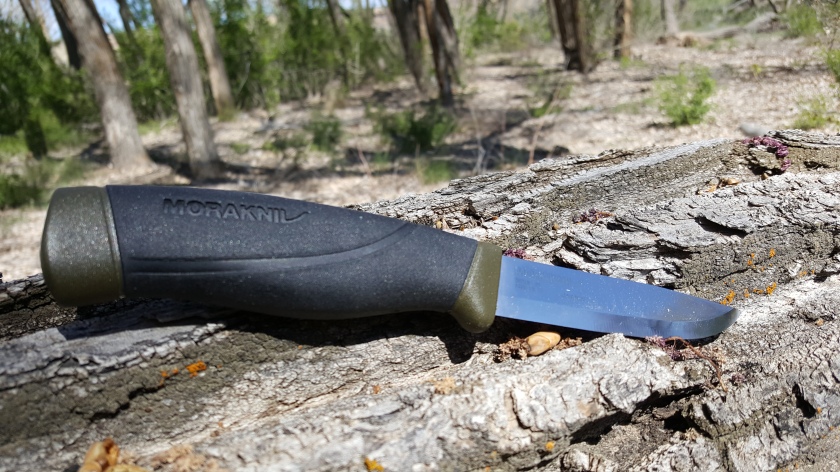 That being said, the tiny gaps where the blade meets the handle are concerning. I realize that this is probably just a flaw on my particular model, since none of my other Moras have this issue. But with a carbon steel blade, I’m worried about the possibility of moisture trapping itself inside the handle and eating away at the tang. And since I can’t see inside, there’s no way to tell whether or not this is occurring.

My mind is at least partially eased by Mora’s lifetime limited manufacturer’s warranty. Should this minor construction flaw cause the knife to fail, I should be taken care of. 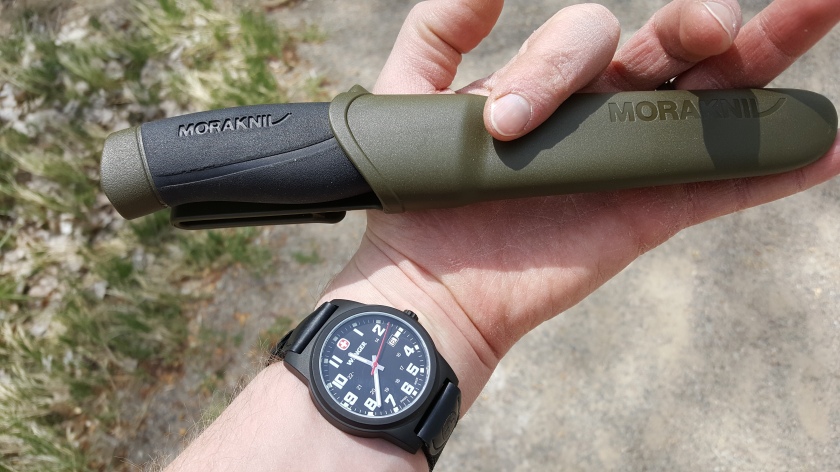 Look – This is an $18 knife. At that price, whatever qualms I have about the handle gaps really don’t matter. Mora has managed to produce a wood-menacing monster for about the cost of two large delivery pizzas or a family feast from Kentucky Fried Chicken. How great is that?

For me, the affordability of this knife provided a feeling of liberation. I can split kindling, baton through logs, and generally beat on it without a second thought – Not only because it can take it (and it can), but because if I break it doing something stupid, I can buy a new one for less than it costs to fill my gas tank. 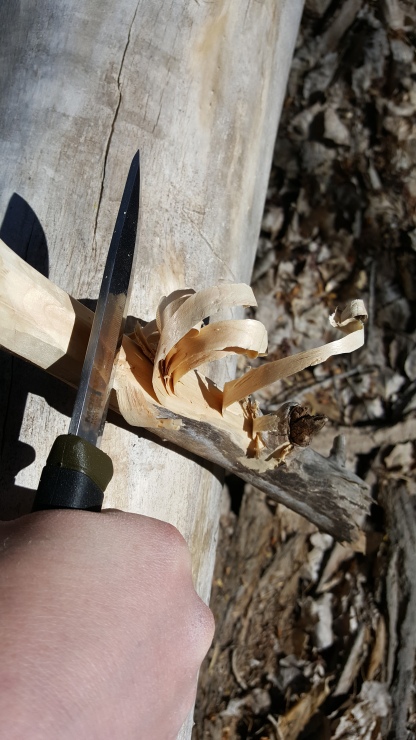 While I still feel that Mora’s standard Companion will be the best choice for most users, I can’t argue with the effectiveness of the Companion HD. It’s the best budget beater on the market, without question. Whatever it lacks in finesse it more than makes up for with its can-do attitude. That’s worthy of two things – Your money and, just as importantly, your respect.